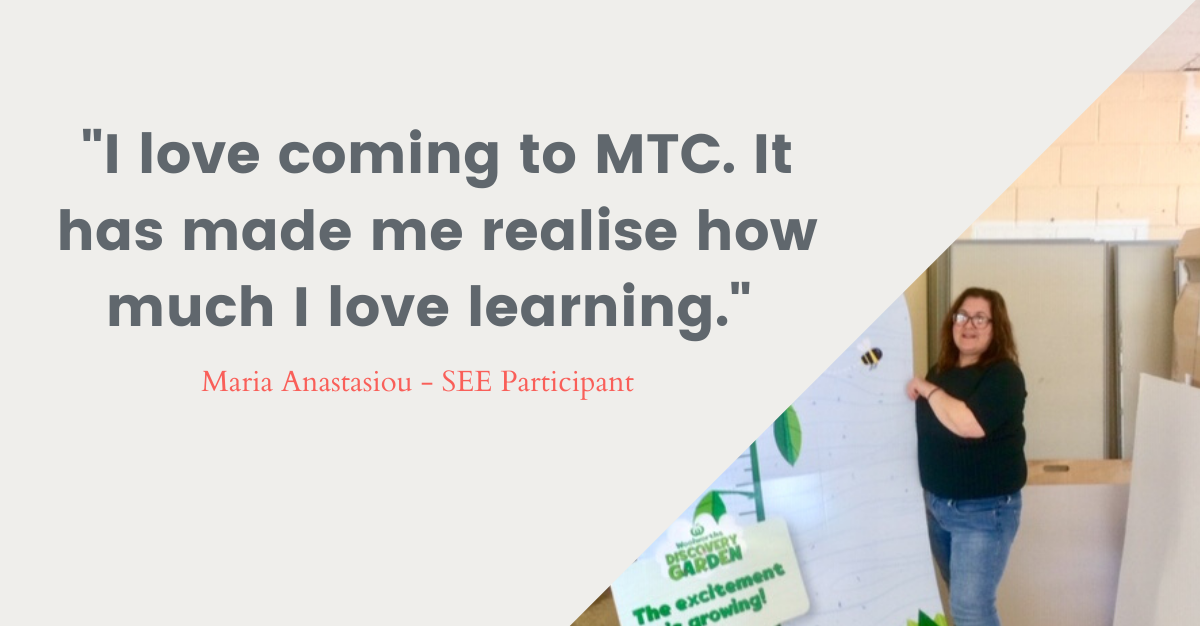 Maria migrated from Greece as an 18-year-old, and as a young immigrant with no English speaking skills, her employment options were limited, but that didn’t stop her from working as a cleaner and at a laundry for many years.

After a long period of employment, Maria decided to take a year-long break and look for an opportunity in a different field of work. She realised that she needed to build on her skills (particularly her digital literacy) in order for improve her employment prospects.

Maria enrolled in the Pre-Employment Computer Literacy (PECL) class last year, and recently completed her training hours, with her trainer describing her as a model student who actively engaged and participated wholeheartedly in the learning process.

Maria confesses that she was scared of technology prior to coming to MTC. Initially she was hesitant and reluctant as she lacked confidence in her own abilities; however, after coming to MTC and meeting people with similar concerns, she realised that she was not alone.

Maria says the wider SEE program has helped re-establish her focus and connect with people. The lessons at MTC energised her mind and helped her build confidence, not only in her literacy skills but also basic computer skills. With her new-found confidence, she felt she was ready to enter the workforce again. Her diligence in job seeking paid off and she is currently employed as a pick packer and works three days per week. Although she was employed, she didn’t want to discontinue her learning. Her enthusiasm in pursuing her learning journey is commendable.

Maria hopes that with the skills she has gained at MTC, she will accomplish her goal of working as a receptionist one day. She is also inclined to work as a volunteer at Blacktown Council as she wants to give back and make a positive contribution to the community.